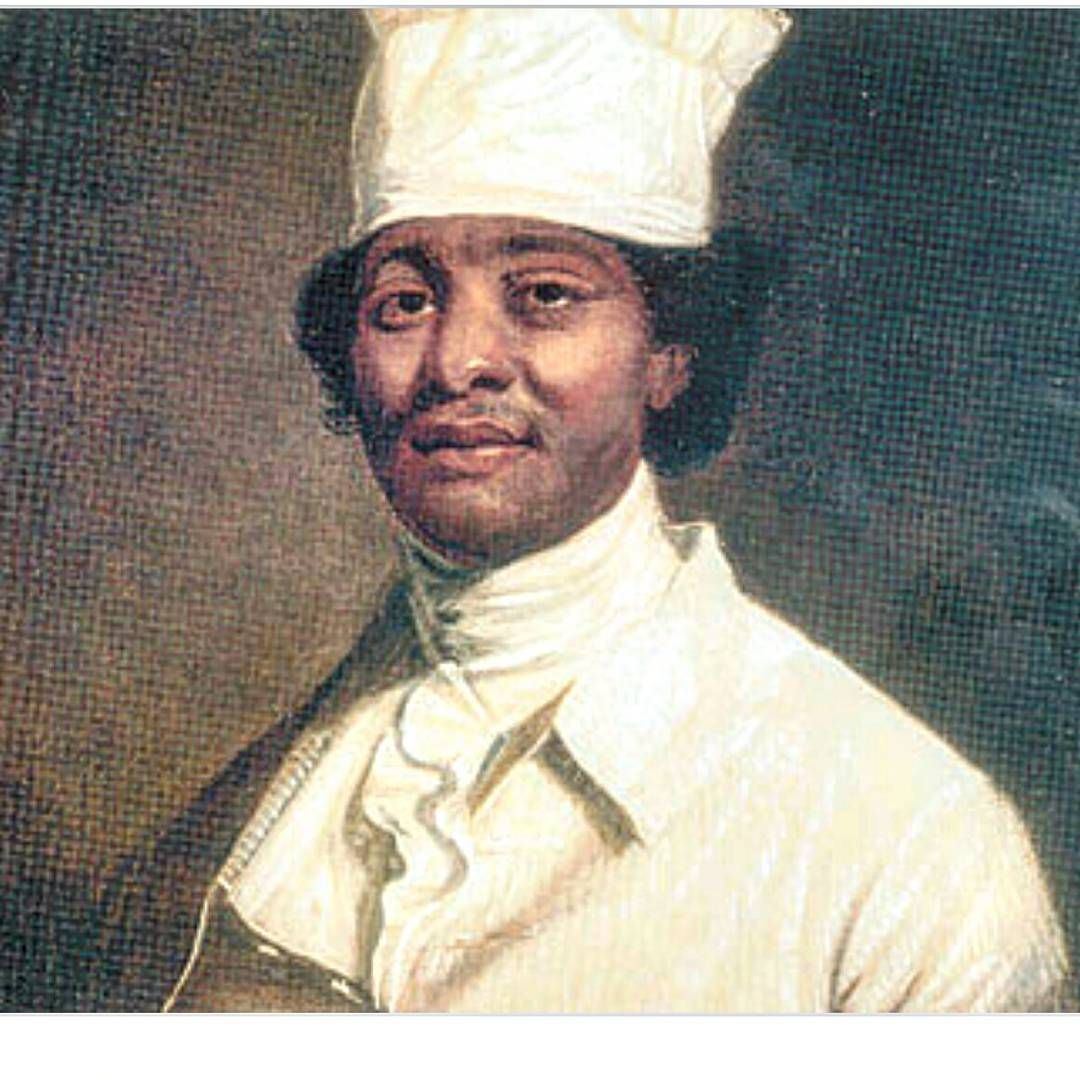 February is Black History Month, and we are celebrating Chef James Hemings!

Born in Virginia in 1765, James Hemings was a slave to Thomas Jefferson for most of his youth before finally being freed in 1796. But even before he was freed, Hemings became a master chef and made culinary history both in France and in the United States.

Hemings accompanied Jefferson to Paris in 1784, where he began studying the culinary arts by training under the most prestigious chefs of the day. Eventually, he landed an opportunity to study under the head chef at Chateau de Chantilly, and it was this experience that launched him toward his role as chef de cuisine at Thomas  Jefferson’s Parisian residence Hotel de Langeac.

There, he cooked a historic dinner for the first meeting between Jefferson and Alexander Hamilton. (this dinner is celebrated in the musical “Hamilton” - a must-see!) And It was this famous meal that sealed Heming’s legacy as the first American to cook at an American diplomatic embassy. Quite an accomplishment!

A lesser known fact about James Hemings is that he is the chef who introduced french fries, ice cream, creme brulee and macaroni and cheese to America! So the next time you’re enjoying one of your favorite treats, you can thank James Heming! He also introduced a long legacy of chefs that followed in his footsteps, and for that reason, we think he is one of the most important culinary figures in American history.

Tragically, James Hemings committed suicide in 1801 after a battle with alcohol overindulgence. But he made history that will keep his name alive, and if you would like to read a more detailed account of his incredible life, you can find it HERE.