Alawiya Hussein is Our December Employee of the Month 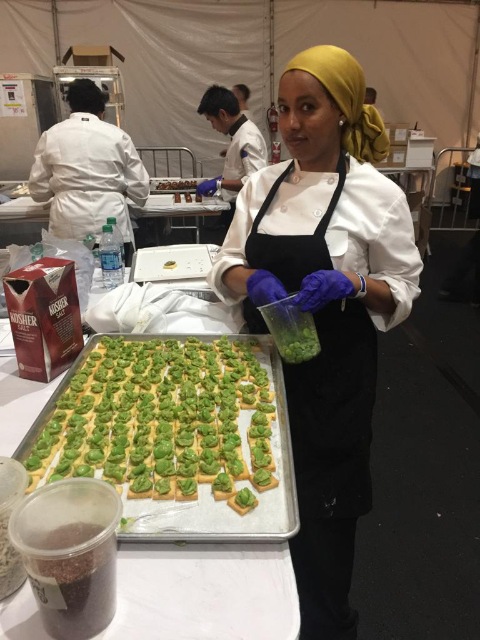 Our December Employee of the Month is Alawiya Hussein!

Alawiya has been with us since July of 2018. She came to the United States with her family in 2006 as a refugee from Ethiopia via Kenya. Her background in the healthcare industry, having studied to become a phlebotomist and medical assistant. The job opportunities were not very lucrative, however, so she decided to pursue her love of cooking. We’re so glad she did! A friend of hers suggested she contact Culinary Staffing Service to find work in the hospitality industry, which is how she came to join our team.

She started as a barista and cashier, then gradually began working as a prep cook.  Alawiya says she loves moving around and being active in the kitchen, meeting new people and learning new cooking methods and techniques. She says she knows how to get around half the city of Los Angeles now, having worked at different venues through CSS. “I love driving around the city.”

One of her favorite foods is Genfo. Genfo is the Amharic name for a thick porridge eaten for breakfast in Ethiopia and Eritrea, where it is known as ga’at. … The final step is to fill the well with niter kibbeh (tesmi in Eritrea), butter that has been clarified with spices, and the red-pepper-and-spice blend called “berbere.” Alawiya recalls her mother making Genfo with at least ten ingredients including, teff grain, lentils, wheat, lots of butter and honey.

Alawiya is currently working an ongoing assignment at a very busy gourmet burger restaurant. She is highly preferred by our staffing partner as a cook and cashier there, and we’re happy to have brought them together!